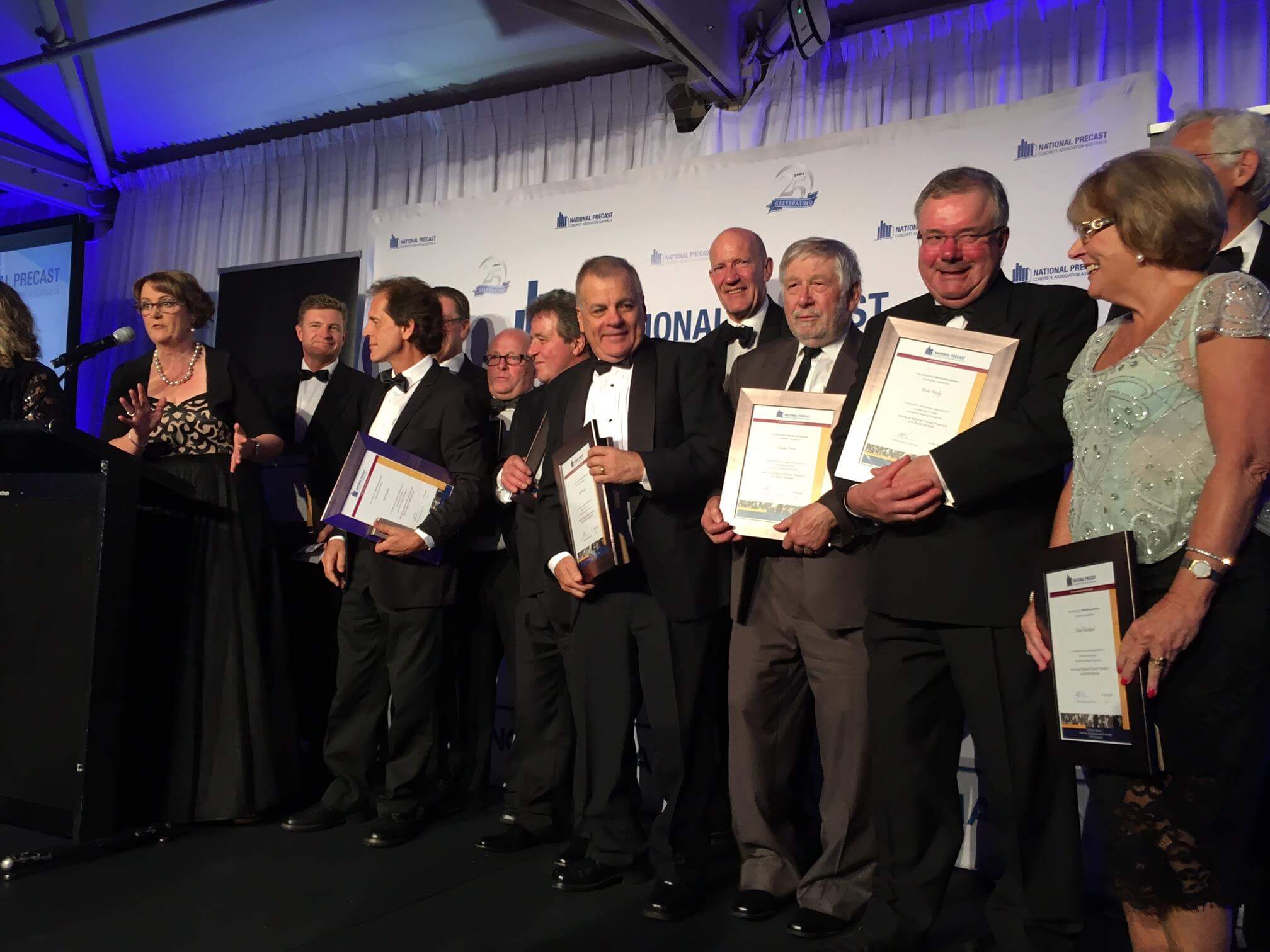 Posted at 16:08h in Home Featured, News by National Precast

On Thursday 10th November, leaders of the Australian precast concrete industry came together to commemorate 25 years of its national industry body, National Precast Concrete Association. At a black tie dinner held at Sydney’s Opera House, the precast industry celebrated the achievements of the industry, some of the projects it has supplied and the people who have contributed along the way. They were joined by their colleagues from New Zealand and other industry dignitaries.

Past Presidents: John Burke (founding member), Godfrey Smith (founding member), Carol Beresford (founding member), Claude Pincin, Gavin Stollery, Alan Morrison, Peter Healy, Leo Valente, Brent Hardy, Richard Carr and current president Craig Zinn, not to forget Ian Coulter and Matt Perrella who have been on the Board since National Precast’s inception and are still serving today.Other industry contributors who were awarded: Brian Mallon, Peter Webb and John Woodside.
Barry Crisp and Brian Stevens were also both acknowledged for their contributions to the industry.
Ivor Jones and Bob Attwater, who have sadly passed, were also recognised for their past efforts.

To view more photographs from the night, visit our Facebook page!